Gravity is one of the forces in nature that helps keep order in the universe. Without gravity everything not attached to the Earth would fly into space. The planets would no longer orbit the sun, instead they would float endlessly through space until they collided with another object. 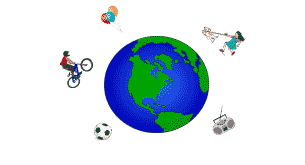 Earth With No Gravity

Facts about Discovery of Gravity

For many years people understood that there was a force that pulled them towards the ground. Everytime they stood up, climbed or jumped they felt its pull. 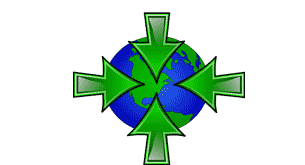 Aristotle's Center of the Universe

The famous Greek philosopher Aristotle, even made a theory about the strange force pulling people towards the ground. His theory was that the Earth was the center of the universe and objects are attracted to the Earth. He also thought that the heavier the object, the faster that it would fall to the earth. Some of the things he thought made sense to people and for a long time (almost 2000 years) no one really challenged his ideas.

Around 1666 the English scientist, Issac Newton, decided to investigate Aristotle's theory of gravity. During his work, he realized that Aristotle did not quite understand gravity. Newton found out that the gravity force acted equally on all objects. He also determined that the center of gravity was not the Earth but instead gravity is a universal force.

Today, Newton and other scientists have helped us to understand gravity. We now understand that gravity is one of the building blocks of physics. Calculating movement or support of all objects on the earth and flying in the sky must take in account the forces of gravity. For example, to design a bridge, an engineer must not only know the weight of the bridge, but also the force of the moving cars and trucks, wind, water forces, and even constructino equipment. Most of these loads a bridge must support use gravity in the calculation.