Learn important facts about erosion to help understand how erosion affects the land and how erosion affects water. Erosion is the largest cause of loss of topsoil. It is also the leading cause of sediment deposits in ditches, streams, rivers, lakes and oceans. Soil erosion also causes water quality issues. As the sediment is transported downstream, much of the sediment from erosion is suspended in the water making it look dirty instead of clear. Learn more about erosion with these erosion facts. 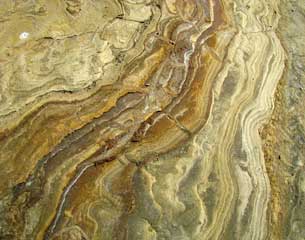 Where does soil erosion occur?

Most laws regulate soil erosion by controlling water quality. These laws in the United States and most of the world try to keep water clean by limiting the amount of soil erosion sediment that enters the water. These laws also help keep topsoil in place to grow plants


Ways to Limit the Amount of Soil Erosion 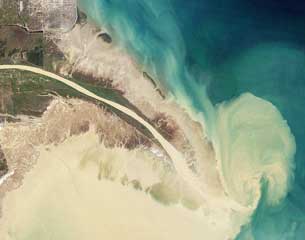 The Yellow River in China flows into the Ngoring Lake. The soil erosion sediment is clearly seen in this photo. Photo credit: nasa.gov 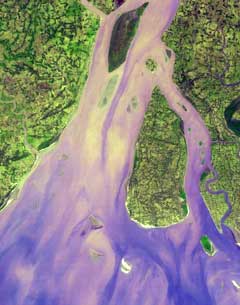