Although the original COSI (Center of Science and Industry) hands-on museum was previously closed, the Imagination Station has now emerged at the same location in downtown Toledo, Ohio. The Imagination Station provides plenty of science learning opportunities in a very fun setting for pre-school kids through early teenagers. The waterfront location, next to the Wyndham Hotel, is a nice place to visit to see the sites and sounds of downtown Toledo and the Maumee River which leads to nearby Lake Erie. This museum is really a hidden gem, probably one of the top 10 science museums in the Midwest, particularly for the low admission cost. For less than the average price of a feature film, parents can take their kids to the Imagination Station for a day of entertainment and science knowledge. 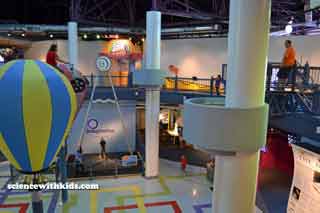 Learn Science at the Inagination Station

This science museum has a two-story indoor layout. Entry to the museum is made at the 2nd floor, near the museum's science gift shop. Access to the Imagination Station building is by doors on the southwest side from an elevator or stairs from street level or a pedestrian bridge across Summit Street. The museum can also be accessed from the City of Toledo underground tunnel system leading from the Seagate Center and the Wyndham Hotel next door.

The Imagination Station was definitely designed as a look and touch museum. Most of the displays are very interactive, while explaining the science or "how it works" to the guests. Here are some highlights of the museum.

Experience riding a bike across a tight rope on the High Wire Cycle. That's right. Guests can ride a real bicycle across a rope above the 2nd Floor of the museum (about 20+ feet up) with no net below. The bicycle has been specially designed to have a very low center of gravity so it will not fall off the rope. This attraction is not for those with a fear of heights. Guests must be at least 54" to ride.

The Energy Factory is sponsored by BP and First Solar. It contains interactive displays and games that help guests learn more about the science behind energy. The display include drilling for energy, solar energy production, magnetics, robotics. This section also includes the entrance to the museum's ride simulator. The simulator is a McFadden motion base ride system with a custom ride video which simulates a mountain car race. 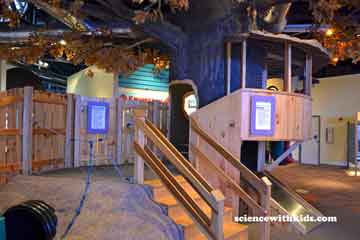 This area was designed for little ones. Kidspace features a tree house with pulleys, tunnels, stairs, and a slide. There is also a water play area called the Wet Lab where kids can experiment with water, a pretend grocery store, a pretend ambulance and hospital, a large building block area, and a pretend fire truck area where kids can put out a fire. 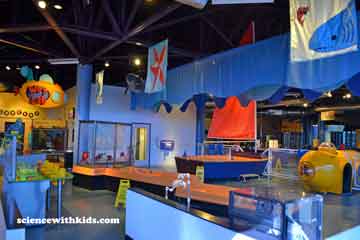 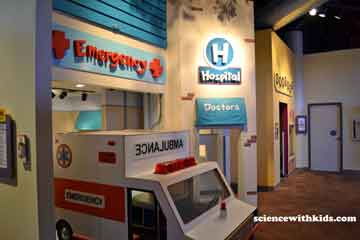 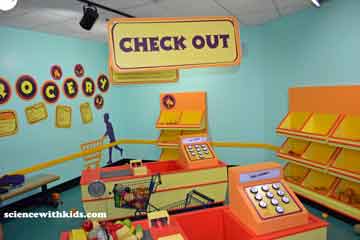 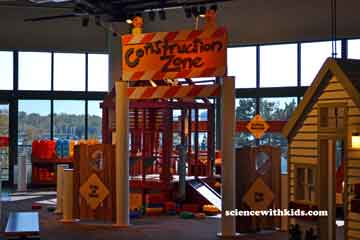 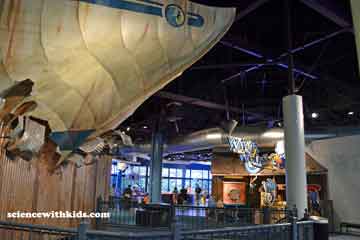 The Water Works area allows kids of all ages to explore with the sand and water tables, a hurricane chamber where guests can see what it is like to stand in a hurricane, air pressure displays, wind displays, and plenty of water displays. The large ship breaking through the side of the building makes a nice entry to this area. 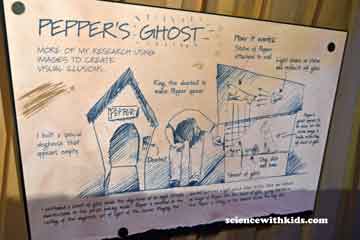 This area contains many different displays that trick guests senses. From sight to sound to touch there are many things that will surprise you in this area. There are special holograms, a crooked house, a flash bulb room that records your shadow, sound effect and music rooms, Pepper's ghost trick, and other fun displays.

What's new in the Imagination Station?

For those who remember the arrangement of the old COSI science museum in Toledo, here are some of the differences with the new Imagination Station exhibits.

Where is COSI Toledo?

The current location of the Imagination Station on Discovery Way is the previous site of COSI. The previous science museum shared some similarities with COSI in Columbus, offering may of the same exhibits. COSI opened in Toledo in 1997 in the old location of the Portside Festival Market, but after 10 years, COSI closed on December 31, 2007. The Imagination Station was re-opened on October 10, 2009 with renewed partnerships with many of the best technology companies in Northwest Ohio.