Information and Facts about Life in the Ocean

Animals That Live in the Ocean

Did you know there are over 250,000 species of animals living in the world's oceans? Scientists are discovering constantly discovering new animal species thanks to new underwater vehicles, but the vast majority of the oceans have not been fully explored!

Vertebrates include some of the most known sea animals including fish, whales, sharks and dolphins. There are not as many vertebrates in the world's oceans as invertebrates, but you may have been lucky enough to have seen a whale or dolphin while visiting an ocean

There are over 4000 different types of mammals. Find out more information about some of the mammals that live in or near the sea

Reptile that Live near the Sea 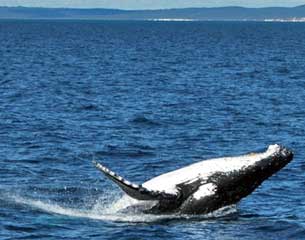 Whales, which are mammals, are the largest animals on Earth. 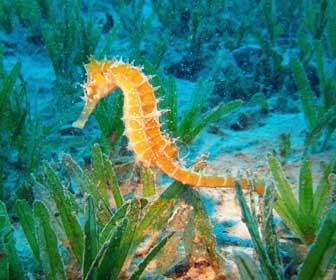 Seahorse are a unique sea animal that spends its life in calm water near mangrove tree roots or near coral reefs. 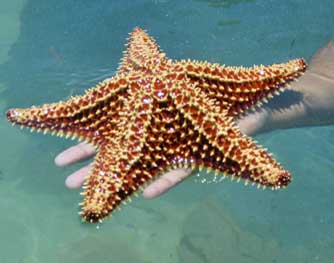 Starfish are a type of echinoderm, which is an invertebrate. 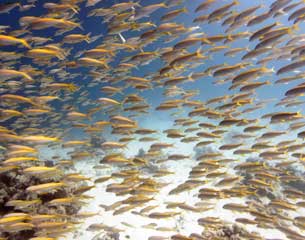 There are many undiscovered fish in the vast oceans. Scientists discover a new type of fish about every other day.

Invertebrates represent the largest number of animals in the ocean. There are 17 main groups of invertebrate identified by scientists which live in the sea.

Facts about Whales: Learn all about whales including the blue whale, orca whale, humpback whale and more.

Learn about manta rays, sting rays and other fish known as rays.