B atteries are used everyday by people for many different portable devices, automobiles, boats and more. Learn some interesting facts and important history about batteries. Batteries were discovered before mechanical generators and turbines to created a steady stream of electricity. With the discovery of batteries people began to understand the importance of having a source of electricity. Find out more facts about batteries. 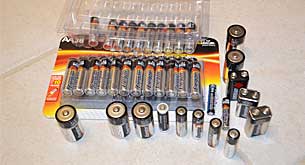 Alkaline batteries of all types are popular in toys and other inexpensive electronics because of their low cost and replacement batteries are easy to find in stores. 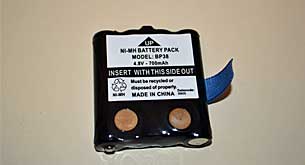 NiMH batteries like this one used in a walkie-talkie are used in many portable communication devices and small portable electronics. 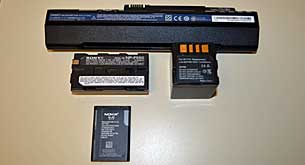