A trip to the Kennedy Space Center provides a look into the history and innovation of NASA. The Kennedy Space Center is located on the East coast of Florida near Cocoa Beach and Titusville. It is only a short trip east of Orlando, best reached by traveling the Beachline Expressway, which is also known as toll road 528. The John F. Kennedy Space Center is the world's premiere destination in terms of space travel history and exhibits. Since manned space travel is no longer a regular occurance, many kids likely do not understand the challenges the United States faced in development of the space program. The Kennedy Space Center is a great resource for teaching kids about this history. There are plenty of things to see and do to spark an interest in science for kids of any age. Guests can learn more about some of the many innovations invented in order to safely launch rockets to the moon and back. 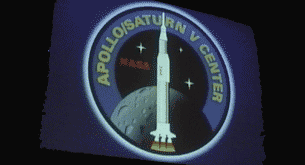 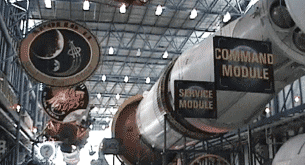 
The Apollo/Saturn V Center: This is a museum within itself. Most people reach the Apollo/Saturn V Center by the tour bus, since it is one of the stopping locations for both guided bus tours offered. The centerpiece of the museum is an actual Saturn V rocket which was used in the Apollo missions. The rocket is enormous. Just walking the length of the rocket takes some time. There are plenty of small interactive displays within the museum building housing the Saturn V and plenty of photo locations. Each section of the rocket is identified by displays which also describes how the rocket works. Remember, when visiting the Apollo Center that it is a lengthy bus ride from the main Kennedy Space Center. There is one small concession stand, but the lines are usually long and the selection is limited. If you have dietary restrictions, you may want to eat before traveling on the bus. There is, however, a very good gift shop located at the Apollo Center which focuses on spacecraft launch memorabilia.

The Shuttle Launch Experience includes both an instruction video presentation about the space shuttle, but also a ride simulator experience. The pre-ride media is worth visiting the attractino alone. Real NASA astronauts who flew in the space shuttle, describe the shuttle launch sequence. The ride simulator is much different from Disney's Mission Space at EPCOT. The seating area is much more open and there is no gravity effect from spinning. The simulator is also probably more accurate to an actual shuttle ride than the fictional experience at Mission Space. The cost for the Shuttle Launch Ride is included with the general admission ticket. There are warnings at the ride entrance for expecting moms and those with health risks. Check the warnings before riding.

In this building original items from some of the oldest space missions are available for viewing. Guests can see all of the innovations that NASA scientists had to invent at the time, just to safely launch the early rocket missions. Many of the parts in this building are the original artifacts, not replicas. 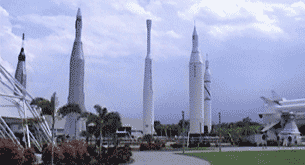 The outdoor NASA rocket garden is a showcase of historical rockets that have been used by NASA to learn and advance technology for space travel. There are Atlas, Titan and other models of historical NASA rockets. This is also a good place for kids to see the rocket capsules up-close. Capsules from the Apollo, Gemini and Murcury era are set up for guests to climb inside for a better understanding of what it may have been like to travel into space.

The marquee Space Shuttle Atlantis exhibit is opening in June, 2013. This location will feature an up-close encounter with the original Atlantis space shuttle. 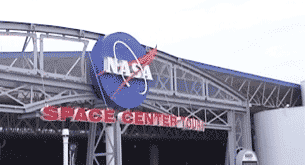 There are also other bus tours which are optional add-ons to a general admission ticket. These tours let visitors access locations within the NASA base, that most people have not seen. A bus trip to the launch pad, the launch pad control room, the Air Force space and missile museum, the NASA causeway, and more are available for purchase. Different bus tours have access to different views throughout the complex. Keep in mind that if you visit on a launch or testing day, there is severely limited access for the buses to many areas. The bus tours offer not only a great way to view the NASA complex, but the base is also one of the largest Federally protected nature areas in Florida. Visitors can see aligators, bald eagles and more on many days. The bus tours take time. If you plan to try to visit all of the museums in the main complex and take all of the bus tours, several days are needed.