Facts about the Moon

The moon is important to the Earth. Our oceans are effected by the pull of the moon. We can see better at night when the moon is in view. We have also based our calender on the moon's orbit around the Earth. The moon as we know it, is the Earth's one and only moon. Some planets have more than one more. For example, NASA scientists officially consider Saturn as the planet with the most moons (53 moons), although Jupiter may have more. Some newly discovered moons around Jupiter are still being verified by NASA. Find out more interesting facts about the moon. 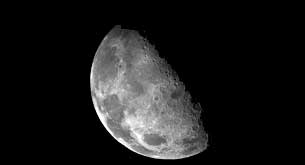 The amount of moon we see at night is based on the moon's location compared to the sun.
Photo Credit: nasa.gov

Interesting Facts about the Moon


Space Travel to the Moon 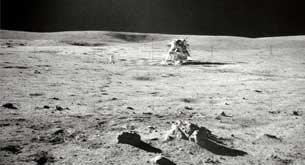 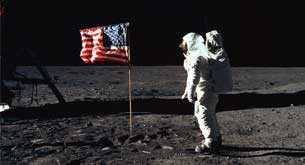 Buzz Aldrin planting the U.S. flag in the moon during the Apollo 11 mission.
Photo Credit: nasa.gov