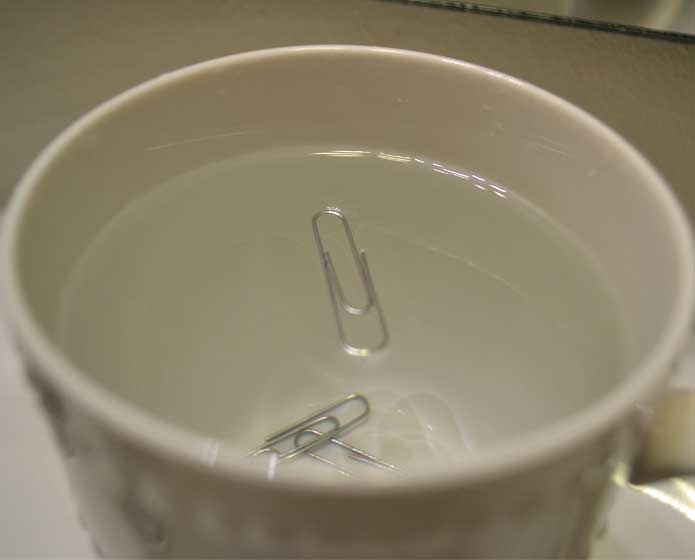 Posted by Admin / in Matter Experiments 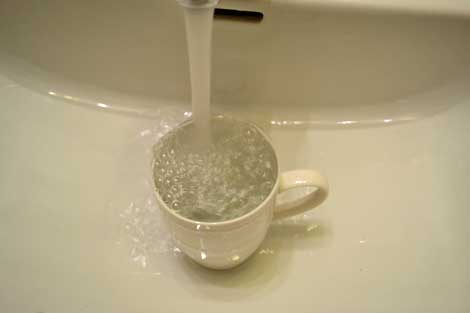 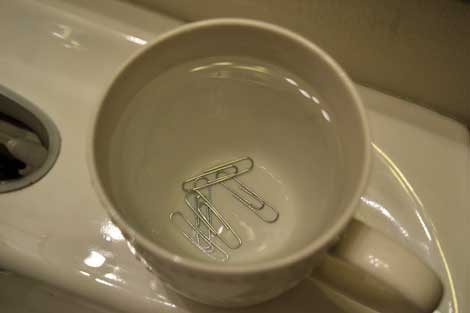 Step 3: Carefully place a metal paperclip on the surface of the water. Use a #1 paperclip (they work the best).

Carefully place the paperclip on the water surface

Step 4: Show the kids how the paperclip now magically floats on the surface of the water.

Step 5: Shake the cup/bowl of water to show that the paperclip is the same as the others and let them see it sinks.

Step 6: Make another paperclip float on the water surface.

Step 7: Now add some liquid soap to the water where the paperclip is floating. What happened?

Step 8 (optional): Try to repeat the experiment using liquids other than water. Do you get the same results?

Water has cohesion that pulls the water molecules together. We can see examples of water cohesion in nature. Water droplets form to make rain. If you pour water over a car windshield it groups together to form drops and streams of water. Water joins together to form streams, rivers and oceans. Water in soil helps that soil stick together so if you dig a hole, it stands up for a while. If soil did not have cohesion then everytime the wind blew hard, it would result in dust storm. Without the cohesive forces of water our world would be much different.

What happened when the soap was added? Why did the paperclip suddenly sink? Simple. The soap reduce the cohesion force in the water, resulting removing the "skin" from the water surface.