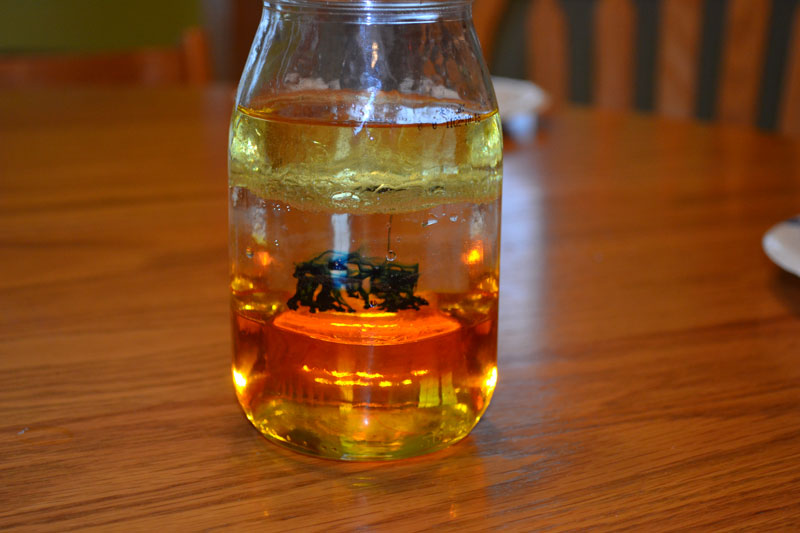 A Visual Experiment to Demonstrate Differences in Liquid Unit Weight

Posted by Admin / in Matter Experiments

Different fluids have varying unit weights also known as liquid density. For example, an quart of water is lighter than a quart of pancake syrup. The same volume of both liquids have different weights. To demonstrate this concept the following experiment provides a visual way to look at 3 different liquid densities. 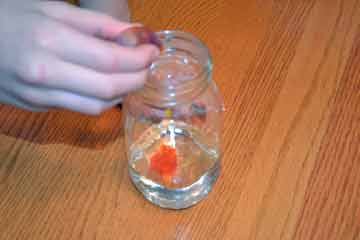 Step 1: Pour about one-quarter of the jar full of corn syrup. Stir in a few drops of the food coloring. In the photos, yellow food color was used. 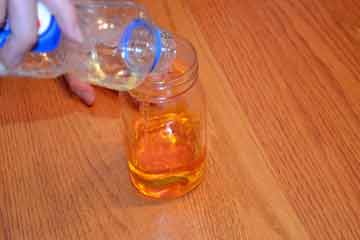 Step 2: Pour in about one-quarter of the jar with vegetable oil. Observe what happens with the two fluid and note if the fluids mix together or separate. 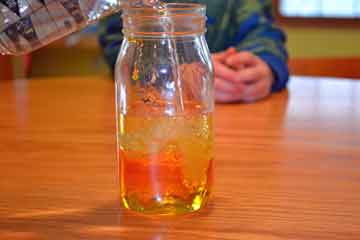 Step 3: Pour in about one-quarter of the jar with water. Watch what happens to the water. 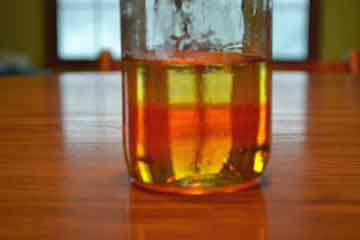 Step 4: Allow the water to settle and observe if any of the 3 liquids mixed together or if they stayed separated.

Step 5: Add a few drops of a different color of the food coloring. Observe what happens.

Step 6: Shake up the jar. Wait about 15 minutes and go back and look at the 3 liquids in the jar. What happened?

The three different fluids used in the experiment had different densities. Corn syrup has the highest density, followed by water and vegetable oil. These fluids do not mix, but instead stay separate allowing a layered look to occur. It is easy to see each type of fluid through the glass because of the colors added. In this experiment, the last color added passed through the vegetable oil and mixed with the water. The vegetable oil will not mix with any color since its molecules do not have a charge. The oil molecules are very attracted to each other, but not attracted to the molecules in the water or corn syrup.