The electrical resistor is an important piece of most electronic circuits. Resistors limit the amount of current passing through a circuit. They are useful to protect electrical components in a circuit.

Any material that can conduct electricity is capable of also resisting the flow of electrical current. This electrical experiment uses this concept to allow kids to use their imagination, while learning about electronics.

Step 1: Set the multimeter to test resistance. The dial setting is typically the greek letter omega. 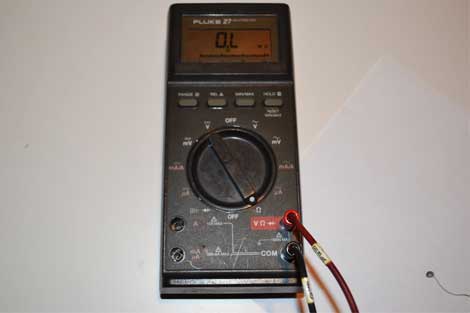 Set the multimeter to the Ohm test reading on the dial.

Step 2: Insert the black and red probes into the correct ports. This test is set up as a DC circuit. 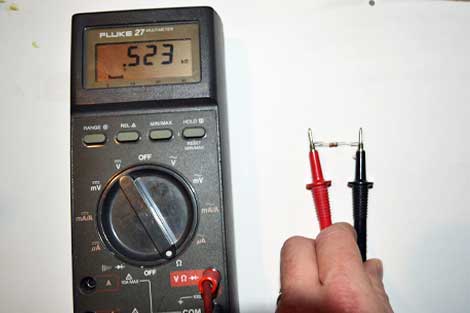 Touch the test probes on each leg of the resistor to test its value.

Step 4: Look at the reading of the multimeter and compare it to the stated resistor value based on the color coding. Some multimeters are not auto-ranging. The auto-range feature automatically sets the correct range which the resistor value will show a result. If the meter is not auto-ranging, make sure that the expected ohm range setting is selected before taking a reading or the reading may show up as zero.

Step 5: If the tested value of the resistor is near the value stated on the color-coding, then move on to the next section. You now know how to test a resistor with a multimeter.

MAKE A RESISTOR AND TEST THE RESISTANCE WITH A MULTIMETER

Step 1: Start with a pencil and a piece of paper. 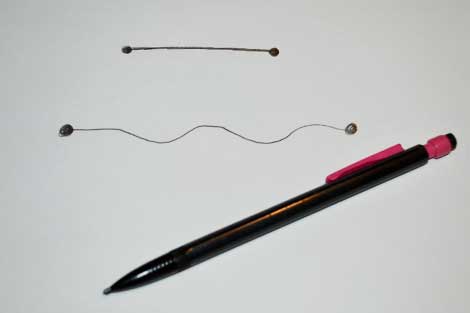 Draw some resistors on the paper with a pencil

Step 1: Set up the multimeter, the same as testing a standard resistor to test resistance. The dial setting is typically the greek letter omega. 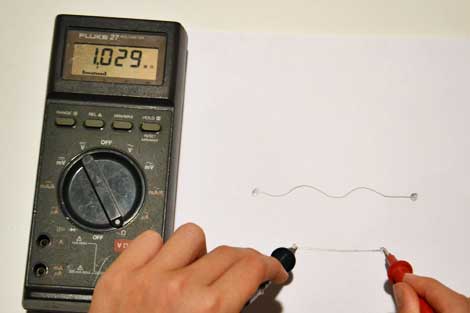 Testing the pencil line resistance value with a digital multimeter

Step 4: Look at the reading of the multimeter and compare it to the results of the standard resistor test. Some multimeters are not auto-ranging. The auto-range feature automatically sets the correct range which the resistor value will show a result. If the meter is not auto-ranging, make sure that the expected ohm range setting is selected before taking a reading or the reading may show up as zero. In the case of a pencil resistor, start with the ohm test setting at its lowest setting.

Step 5: Now try testing the second pencil line and compare the results to the first resistance test. Try testing different points on the pencil line to see if you get different results.

Step 6: This is the point which imagination takes over. Try finding and testing a variety of different materials for the resistance of the material. Hint: materials which conduct electricity work better, but some materials may surprise you. Try to test screws and bolts with different coatings (zinc, brass, copper). Test pencil lead or cut the eraser end off an old pencil and test the lead inside the pencil. Test other electrical components like diodes, capacitors and LEDs. Try anything the kids can image. Test your finger, a standard multimeter does not release enough current to be dangerous. 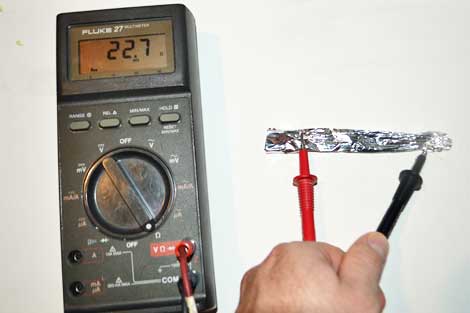 Testing the resistance of rolled aluminum foil with a digital multimeter

Step 7: Test each material for its resistance value and compare the results to the pencil resistor and the standard resistor. 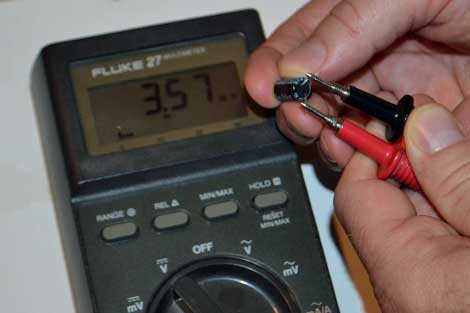 Testing a capacitor's resistance with a digital multimeter

Experimenting with different materials is a great way to understand how different material conduct and resist electricity. Resistors limit or resist the flow of electricity through a circuit. Think of the flow of electricity as the flow of water. If a water system has smooth pipe but a section is added that is rough, the water will flow well through the system until it reaches the rough section. Through this section the flow of water is restricited, reducing the flow. A resistor does the same thing in an electrical circuit. Most standard resistors are made of carbon and glue material. This mixture of material resists flow of electricity. Every material that conducts electricity has at least a little resistance, including the best conductors like gold and platinum. The graphite in the pencil is a decent conductor, but placing the graphite in a line on the paper results in resistance. The longer the pencil line, the more resistance that is created. Think of a longer section that is rough in the water line analogy. Other electronic components have resistance. When electrical engineers design a circuit they must take in account the resistance of these components in their design to make sure they have enough current flowing where they need power.

Make your own resistor with the "Electrical Resistor Experiment"