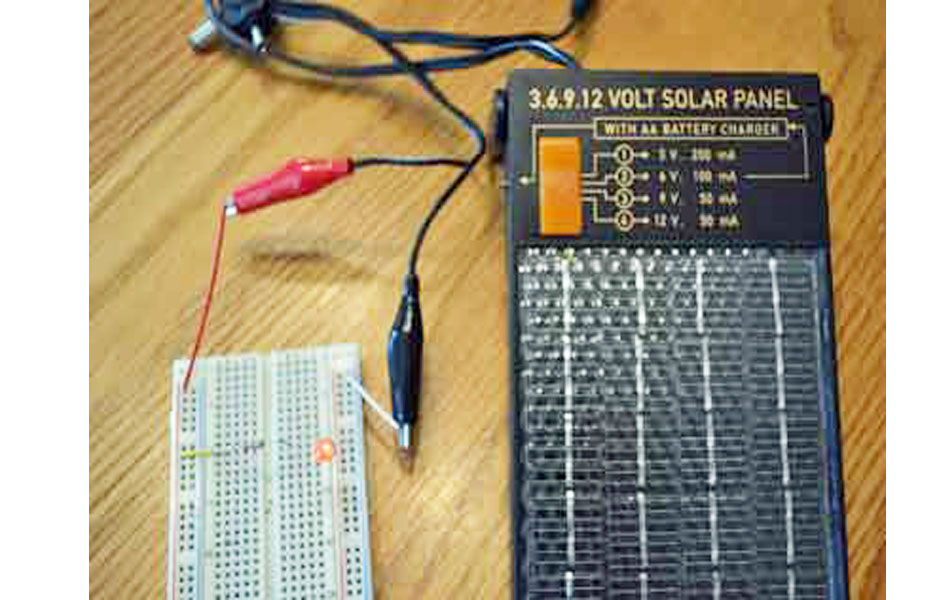 Build a circuit to power a LED with solar energy

A small solar panel provides a good power source for an LED. An LED circuit operates on a low voltage requirement and a very low current requirement. This circuit experiment uses a 9 Volt output from a solar panel to power an LED. More LED's could easily be added to this circuit in series or more effectively, in parallel using the solar panel as a source of energy.

Step 1: On the breadboard, place a jumper wire from the positive side of the power rail to one of the breadboard rows. For this project example, row 10 was used for the circuit. 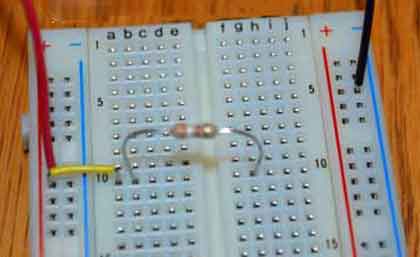 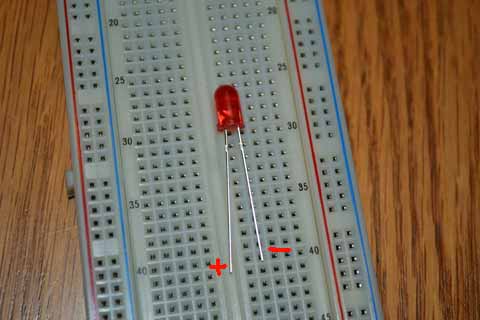 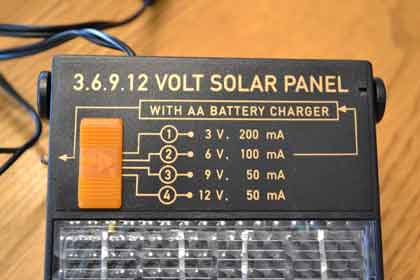 Step 4: Set the power output from the solar panel to 9 volts (if equipped with a selector). Do not set the power output above 9 volts or use a panel greater than 9 volts without using a higher resistor value or the LED will be damaged. 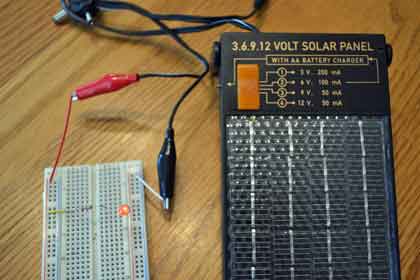 Step 6: Connect the negative lead from the solar panel into the negative rail on the breadboard. This will complete the circuit and if everything was connected properly, the LED will light up.

The low voltage and current requirements of an LED Light Emitting Diode) makes a solar panel a great power source to provide the energy for this type of circuit. The voltage must be reduced in this circuit since a 9 volt battery is greater than the working voltage for this type of LED. If the 390 Ohm resistor is not used, the LED will be damaged and will no longer provide any light. The solar panel also allows fluctuation of the voltage source for the circuit. When the solar panel does not receive direct light or if the panel is covered by a hand, the voltage output is lowered, therefore, the LED will dim. The solar power output is very interactive for kids. They can easily change the intensity of the LED.