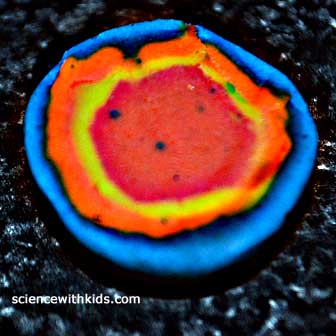 Make a Cross Section of Earth

Teach Kids about the Inner Layers of Earth

Step 1: Choose a type of clay for the Earth model. Generally there are two types of clay, including air-dry (gypsum) clay and wax-based (plastilina) clay. Plastilina clay will not harden so it is great to work with, especially if you want to try to re-use the clay. Air-dry clay will harden. In this experiment the photos show a plastilina clay, but you can use either type. 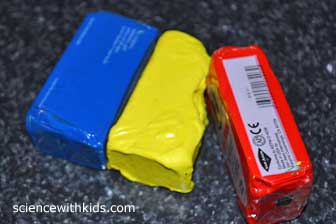 Step 2: Start with the core. Roll a small ball of red clay about the size of a quarter. Describe how this is the Earth's core. If you want to get fancy, coat the red ball (inner core) with a thin layer of yellow clay. This layer is considered the outer core. For the model shown in the example, we kept it simple and just made one ball for the entire core.

Step 4: Next, place a thin layer of blue clay around the mantle layer. This is the Earth's crust. Describe the Earth's crust to the kids. Make sure they make it thin to model how thin the Earth's crust is on our planet. If you want to get fancy, use some brown or green clay to make the continents. We kept our Earth cross section model simple to make it a blue planet. 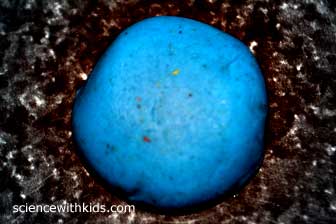 Step 5: Last, carefully have the kids cut their Earth model in half using the plastic knife. Now the kids can see the cross section of the Earth. 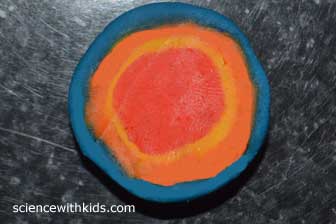 Facts about the Earth Cross Section

Thicknesses of Each Inner Layer of the Earth

Cool Facts about the Inner Layers of the Earth