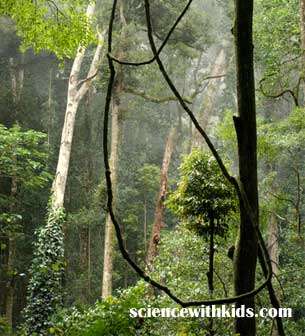 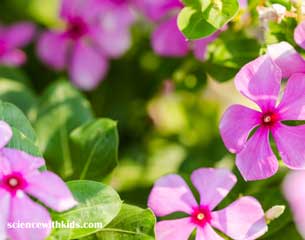 The Madagascar rosy periwinkle is used to treat leukemia and other cancers. 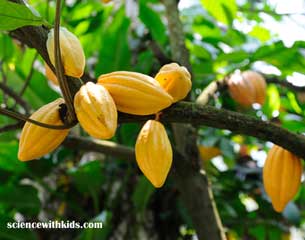 Cacao beans on a cacao plant in South America 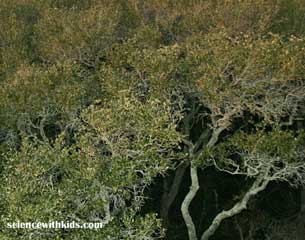 The Emergent layer of the rainforest recieves the most sunlight and rain.